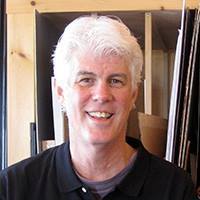 Guest Post on the writing process by Doug Wilhelm

Every book has been different, but it always has been a multi-phase process. I think that’s important — as you go through rewrite after rewrite you find things, develop characters, and even discover what something in the story really is about. Sometimes I’ve counted how many distinct drafts of a book I’ve done. With The Revealers, my best-known (okay, my one reasonably well-known) book, I did 10 drafts. For the followup to that one, True Shoes, I did something like 20. For Street of Storytellers it’s not really possible to count, because this book took me 38 years.

The process was … a little unusual.

I started what eventually became the book in 1981. I was in my late 20s, editing a weekly newspaper in suburban New Jersey, near where I grew up. But I didn’t want to be stuck behind a desk on relentless deadlines; I wanted to go back to Asia, where I had traveled on a six-month journey from London to Kathmandu, Nepal by land, after graduating college in the mid-70s.

By 1980 the U.S. was in the throes of the Iranian hostage crisis, our first major confrontation with radicalizing forces in the Muslim world. So I decided I would quit my job, take a portable typewriter, and travel in Muslim Asia, taking notes and gathering materials for a nonfiction journey story of my adventures and my experiences talking with people. I wanted to have a big adventure and write about it, and I wanted to understand what people in Muslim countries were thinking, who they were, and why they seemed to be so mad at us.

So I did that. I traveled from Dubai on the coast of Arabia by an old British steamship to the bottom of Pakistan, then by train up through Pakistan to Peshawar, the fascinating ancient frontier city by the border to Afghanistan in Pakistan’s Northwest Frontier. I stayed in Peshawar as long as my visa allowed, which wasn’t that long, but it was a place where I really got to know people. I hung around in one little neighborhood in the Old City, meeting and talking with young men (I never spoke to a female my whole time in Pakistan, not by my choice), and I had adventures with them. I even went to a three-day wedding celebration. (Never saw a female there either.) I continued traveling up into Muslim Kashmir, in northwest India, and eventually wound up teaching English in Kathmandu before, after two years in Asia, I finally came back to the U.S.

I worked on my nonfiction book for 10 years. It was rejected 75 times. Not a word of it ever saw print. Eventually, I moved on. By then I was a freelance writer in Vermont, and I got into writing realistic fiction for middle schoolers and young adults, which I really liked. But I had kept all my notes, maps, newspaper clippings, copies of letters home and much else from my first book project — and some years later, I began to develop the idea for a suspenseful YA novel set in Peshawar, one that would center on a teenage American kid who’s brought there against his will in the early 1980s, when Peshawar was a pivotal time and place in modern history. After much new research, many new drafts and quite a few new rejections, that project became Street of Storytellers. 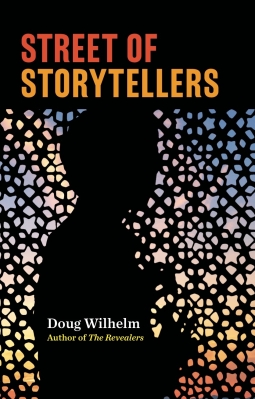 Luke is 15, and he’s mad at his dad. He blames his parents’ recent divorce on his father’s obsession with finishing a book about a lost ancient civilization in a dangerous part of Asia.But his father badly wants his son to understand — so he brings Luke to Peshawar, an age-old crossroads city in Pakistan’s North West Frontier. To punish his dad, Luke refuses to learn anything about the project; instead he’s drawn into the strange, intriguing Old City, where a frightening new extremism is on the rise.

Luke is dazzled by Danisha, but in the city’s strict Pashtun culture they can’t ever be seen together. He’s recruited by her brother to assist the jihadis — but he also bonds with Yusuf, an Afghan refugee who knows what could happen. Then there are the musicians Luke befriends, and a mysterious Sufi teacher who opens his eyes.

Street of Storytellers is intensely suspenseful. It’s about three families across two cultures … about two world religions, Islam and Buddhism … about music, Western and Eastern … and about how modern extremism affects ordinary families. It’s about an ancient true story the world has almost forgotten. And it’s about learning to think for yourself, even if that puts your life at risk.

MY DAD GOT US SEPARATE ROOMS. (I’d have thrown a fit if he hadn’t.) We were on the
second floor of the hotel. My room was simple and narrow, with light blue walls and a window at the end that had wooden shutters, closed. There was a bed, a dresser, a wooden desk and a
chair. Out of my backpack I took my new, black-and-red Walkman cassette player and silver Toshiba headphones, early Christmas presents from my mom. I set them on the desk beside the red cassette case, size of a kid’s lunchbox, with my twelve best tapes inside. I looked around the room—it seemed clean, which was a relief—and thought, Okay. I can stay in here the whole vacation if I have to.

Okay.
Because I had decided something. My dad had me over Christmas vacation, it said so in the divorce, so he could force me to fly with him halfway around the world to this weird place—but he couldn’t make me do anything here if I didn’t want to. What could he do, send me home? He had zero leverage at this point. So I had decided: I would not go anywhere, or do or see or learn
anything, that had anything to do with the Great Goddamn Project.
He wanted me to understand, but I already understood.
My dad’s obsession with his project had wrecked my family. I would have nothing to do with it.
He didn’t know this yet. But he would find out.
The Great Goddamn Project, or G.G. Project for short, was what my mom started
calling it after my dad had been so obsessed for so long with working on his book about some lost civilization over here that my mom finally gave up on the marriage and moved out. Now we lived in a little apartment, her and me, except for every other weekend, when I had to hang around our old house where my dad kept on typing and typing behind the locked door of his home office, barely even aware I was there.
And now?

There was a door between my room and his. Stuck in it was a big  old-fashioned key. I went over and turned the key; the door locked with a thunk. I pulled hard but it held solid. I stood there and smiled.

Guess what, Dad? The lock’s on my side now. 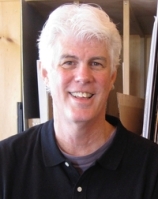 Doug Wilhelm is a full-time writer and editor in Weybridge, Vermont. His 16 previous books include The Revealers (Farrar, Straus & Giroux, 2003), a novel about bullying that has been the focus of reading and discussion projects in well over 1,000 schools, and continues to be part of the curriculum in middle schools across the country.

As a young journalist in the early 1980s, Doug left his newspaper job to spend two years in Pakistan, India and Nepal. He traveled, wrote, taught English and worked on what he originally planned as a nonfiction book about his experiences, which years later grew into Street of Storytellers.

Doug’s other books include three more young-adult novels, a biography of Alexander the Great for young readers, and 10 books for the Choose your Own Adventure series.

Lauri Fortino's Frog On A (B)log

Sharing and Celebrating Picture Books Since 2009

Collaborating and Making in the Library Learning Commons

Writing for the young and young at heart