I’m so happy to share with you a preview of Macmillan Audio’s Young Adult titles for Spring/Summer 2017! I love relaxing on a warm day with a book in hand and turning each page myself, but I also love hearing a novel expertly read to me and transporting me into the story. Here are some YA audio titles coming out soon…with some audio-clips from other books in each author’s series. 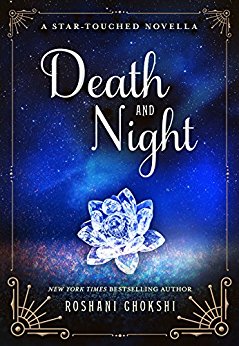 Death and Night: A Star-Touched Novella by Roshani Chokshi (on-sale 5/2/17). Read by Priya Ayyar. About the novel: He was Lord of Death and she was night incarnate. A chance meeting could lead to so much more for them both. But danger crouches in their paths, and the choices they make will set them on a journey that will span lifetimes.

Clips from other Star-Touched novels.

Just Dreaming (Conclusion of The Silver Trilogy) by Kerstin Gier (on-sale 5/2/17). Read by Marisa Calin. About the novel: Able to visit other people’s dreams (whether they want her to or not), Liv has solved mysteries, unearthed difficult truths, fought madmen, and escaped life-threatening peril, all from the comfort of her own bed. But Liv’s troubles are just beginning…

Clips from other books in The Silver Trilogy.

Daughter of the Pirate King by Tricia Levenseller (on-sale 6/16/17). Reader TBD. Sequel to come in Winter 2018. About the novel: In Daughter of the Pirate King, debut author Tricia Levenseller blends action, adventure, romance, and a little bit of magic into a thrilling YA pirate tale. When her father, the ruthless Pirate King, discovers that a legendary treasure map can be found on an enemy ship, his daughter, Alosa, knows that there’s only one pirate for the job–herself.

No clips available at this time.