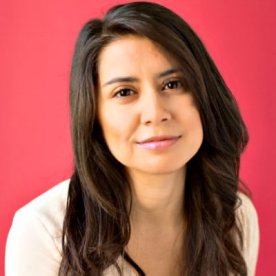 Hi Beck! Thank you so much for chatting with me about your novel A FANTASTIC MESS OF EVERYTHING and other writerly things 🙂

1) You’re a versatile artist — a poet, novel writer, and comedy performer. Is it an even balance for you? Or does one form of expression call to you more?

I’ve always been that way. Growing up I wrote novels, screenplays, poetry, and song lyrics. I sang and played guitar. I acted and drew and danced. I was by no means an extraordinary talent in all of these areas, I just knew what I was passionate about and I loved them all equally.

At my core, I just like to tell stories. In college, I studied journalism and took comedy writing and improv classes at UCB and Second City. I did standup and improv. I didn’t know it then, but I wanted to learn how to tell stories at every different angle.

2) A FANTASTIC MESS OF EVERYTHING is such a great title for the NA audience. Did you write with the audience in mind? Did you read other NA titles to help shape your understanding of this niche? Or did you simply just tell the story you had in your head?

Thank you! I love the title a lot, and it didn’t come about until I started writing the final draft. The working title was Thoroughly Unmodern, which explains Millie’s name–a play on Thoroughly Modern Millie.

When I started writing I figured it would be a YA/NA book, but I didn’t try to write specifically for that genre. The short story that inspired the book (it’s still on my website) was based on a real situation that happened to me with a guy. I wrote it to heal from this heartbreaking situation. And when I finished it, I didn’t want to stop writing for Millie. I wanted to know more of this girl’s story. So I reread The Fault in Our Stars to get a feel for writing for a young audience and realized, “oh, this is just a story with the same structure I see in all fiction, it just happens to be about seventeen-year-olds.” Ultimately, I focused on writing a story that I would be excited about reading.

I was mostly writing sci-fi/horror stories before I wrote Fantastic Mess–that’s why Millie writes science fiction, as a homage to that world I lived in for awhile–and I was really struggling because I thought writing for adults was intimidating. I was trying to be James Joyce and impress readers, but you can’t do that with young people. They can see right through that. Young readers want things they can relate to. They aren’t trying to be impressed by a writer’s intellect, and I appreciate that. It forced me to write in my own voice and pull from my own life.

3) As a writer myself, I love to hear about the writing habits of others. Are you a plotter or a pantser? What was the most difficult part of reaching the finish line with A FANTASTIC MESS OF EVERYTHING?

I’m a combination of a plotter and a pantser. I start off a pantser–always with a blank document. I like to get a feel for the characters and story. For the first half of the book I kept a loose outline, but I allowed myself to get lost in the world and didn’t let any new directions I went in phase me. Most of the Millie/Sam scenes unfolded organically, and those were the most fun to write. Millie and Sam’s relationship is special because it truly wasn’t planned for them to connect the way that they do. It happened because the characters became so right for each other. You can feel it in the story. Once I was halfway through the book, I came up with the final line and knew how it would end. So I got stricter about following the plan to get to the end point.

The most difficult part was when I gave myself a deadline. I started off writing one chapter a week. Then a month in I told my editor that I would have it to him by July 15, and I’m pretty sure that was on June 2 or something. Overall I wrote every day for two and a half months, sometimes for just an hour a day, other times for eight hours.The story was in my head 24/7. It was very NaNoWriMo, which I’m doing this year for my next book!

I love writers so much, it’s tough to only name a few. Emily Dickinson is my all-time favorite. I especially love her dark stuff like “I Felt a Funeral in My Brain.” Other favorites include F. Scott Fitzgerald, Roald Dahl, Herman Hesse, Stephen King, Alex Garland, Daniel Wallace, Tina Fey, Conan O’Brien, Brian Michael Bendis, Taylor Swift, and Donald Glover/Childish Gambino. I like what Melissa Rosenberg has done for movies and TV. She wrote for Dexter, then the Twilight Saga screenplays, and now she created Jessica Jones for Netflix, one of the best shows on TV right now. She wrote on Ally McBeal and The OC, too, which I didn’t know about until recently, and I loved those shows growing up. She has my dream career.

To learn more about Beck Medina and A FANTASTIC MESS OF EVERYTHING, check out my blog post about the novel by clicking HERE.